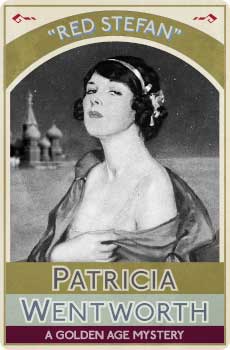 Ice is still. Death is still. But no living flesh should be as still as this…

Ice is still. Death is still. But no living flesh should be as still as this…

Agent Stephen Enderby, known in Russia as Red Stefan, meets Elizabeth Radin, the lovely widow of a Soviet inventor, just at the moment she is about to throw herself into a river in despair. The Communists have been persecuting her in order to obtain the vital formula her husband devised just before his execution. Stephen prevents her from committing suicide, takes her away with him and tries to escort her out of the country, posing as his wife. But Elizabeth has not told Stephen her deadly secret…

“When I pick up a book by Patricia Wentworth I think, now to enjoy myself – and I always do.” Mary Dell, Daily Mirror