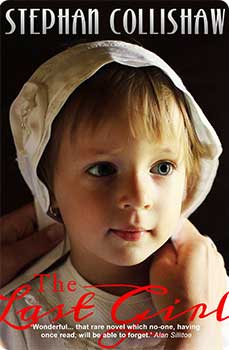 'Wonderful... that rare novel which no one, having once read, will be able to forget.' Alan Sillitoe

In the dying days of the last century an elderly poet wanders the streets of Lithuania’s capital, haunted by a terrible secret. For years he has been unable to write, fearful of fanning the embers of his memories.

But now those embers are glowing once again.

Vilnius is a city that has been dealt a cruel hand by history, where the rubble of the Jewish ghetto lies alongside toppled statues of the communist era, and teenage girls with painted smiles fight for dollars. Through the debris of its kaleidoscopic past and bittersweet present, the story of a girl called Rachael, of a poet’s great love and even greater betrayal, begins to coil its way to the surface, demanding to be told.

‘Wonderful… that rare novel which no-one, having once read, will be able to forget.’ Alan Sillitoe

‘Haunting… has an extraordinary ring of authenticity… fascinating.’ Washington Times

‘I liked this novel very much. It has energy and it has assurance, and the story is really powerful. Stephan Collishaw has a great gift for showing the dailiness of terrible times… This sense of lived reality really touches one’s imagination. The betrayals and compromises which these characters have to negotiate feel so intimate.’ Helen Dunmore