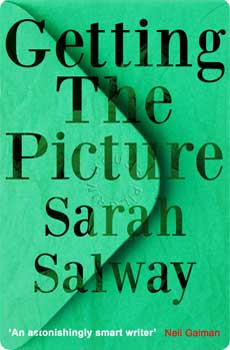 ‘Do you remember that first time we met? It was in the old studio in Brunson Road. How much did we miss, love, by not being together?’

In the early 1960s, Maureen Griffiths, married with children, accompanies a friend to a modelling shoot, never intending to be in front of the camera herself. But after meeting photographer Martin Morris, Maureen is transformed – and Martin quickly falls for her.

It is forty years later. Shortly after Maureen’s death, Martin moves into Pilgrim House, a retirement home, in part because Maureen’s husband, George, is also a resident there. Through the letters he continues to write to Maureen, Martin reveals a lifetime of tireless devotion to his one true love. He is also determined to figure out why she stayed with her difficult, demanding husband. So with the aid of some of the colourful residents of Pilgrim House, Martin delves into the secrets of Maureen’s family and becomes increasingly entwined in the complicated life that Maureen built to shield herself.

Told through letters, emails, and other missives, Getting The Picture is an irresistible, funny and deeply moving novel of family secrets, regrets, and abiding love, with all the author’s sly wit and powers of observation on full display.

‘Getting The Picture astutely probes the quotidian eeriness of that other planet that is old age and a life recollected. Marvelous.’ William Gibson

‘The best novels seduce the reader, so allow the wonderful chorus of voices in Sarah Salway’s Getting The Picture to do just that. Let them whisper secrets, plans and mysteries; of the past, of the present. Let their possible futures come into focus for a celebratory final picture. This novel is uplifting, sinister and beautiful.’ Tiffany Murray

‘One of the smartest, wittiest writers of present times, and I recomm/anything by her. Getting The Picture is just great. I couldn’t get through a page without smiling or laughing aloud... there is one photography session where an old man and woman meet with a camera between them that is riveting; Salway adds layers to it in the retelling, so that the poignancy of the event overtakes the humor. I can’t stop thinking about the state of mind of the 79 year old woman who lowers her shirt for the camera. All these old people still want to be seen, and to reveal themselves. Salway is a wonder at detail – small moments from all her books are permanently embedded in my mind. Don’t know how she does it, but it’s marvelous.’ Alice Elliott Dark

‘Sarah Salway is an astonishingly smart writer. Her fiction is always beautifully structured, touching and clever. She manages the trick of creating characters you care about in stories you admire. I can’t wait to see what she does next.’ Neil Gaiman