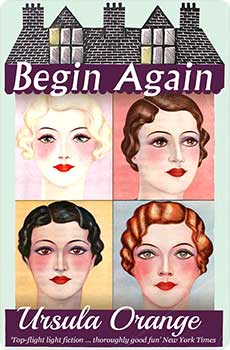 In her charming and incisive debut novel, Ursula Orange focuses her sharp eye on four young women only recently down from Oxford.

Jane and Florence live in London, working at office jobs, the latter channelling her excess energy into a dreadfully earnest novel of her own. Sylvia remains at home, shocking her family with theories of sexual and social liberation. And Leslie, as the novel opens, idealizes the other three, as she tries to convince her mother to let her use her small nest egg to attend art school in London.

As the four friends balance their youthful ideals with the realities of work and romance in 1930s England, Orange offers hilarious and thoughtful perspectives on the quandaries of educated, ambitious women in a world not yet ready for them. This new edition includes an introduction by Stacy Marking.

“The fresh quality and genuine youthfulness of this story are as charming in fiction as in life.” Times Literary Supplement