Tune To A Corpse 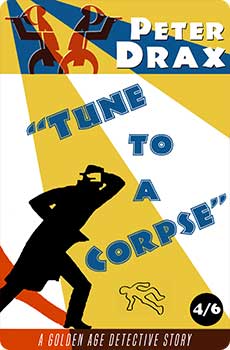 He called out, ‘Abie!’ The word was swallowed up in the depths of the hall. It was like a morgue.

He called out, ‘Abie!’ The word was swallowed up in the depths of the hall. It was like a morgue.

Captain Eric Macrae is down on his luck, living in a cheap London boarding house and on his wits. When chance puts a string of valuable pearls his way, he can’t resist stealing them. But the pursuit of easy money is derailed first by Peggy, a neighbourhood girl who begins to suspect Macrae is up to no good. And then a well-known fence winds up dead … enter Chief Inspector Thompson of Scotland Yard.

Tune to a Corpse was first published in 1938, and has remained out of print until this new edition. It includes an introduction by crime fiction historian Curtis Evans.

‘London underworld life is described with colour and realism. The steps in the weakling killer’s descent to Avernus are thrillingly traced.” Saturday Review of Literature