The Case Of The April Fools 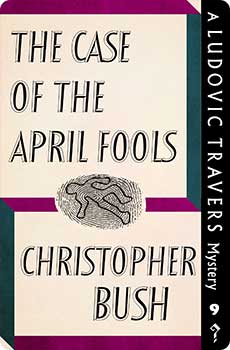 “Let us know when you’re dead!”

“Let us know when you’re dead!”

Ludovic Travers had known it was a publicity stunt, all that business about the anonymous threatening letters. He expected a hoax but what he found was two men lying dead on the floor of Crewe’s bedroom. To be confronted with murder at eight in the morning was no joke. Norris, the quiet, steady Inspector of Scotland Yard, certainly didn’t think so, although during the weeks he and Travers sought to puzzle it all out, he many times remarked, “It was on April Fool’s Day, don’t forget that.” This is one of Bush’s masterpieces – an intricate and baffling country house murder mystery.

The Case of the April Fools was originally published in 1933. This new edition features an introduction by crime fiction historian Curtis Evans.