The Case Of The Three Strange Faces 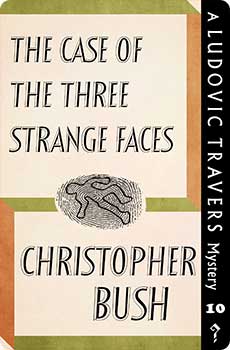 Old Hunt slithered in the most amazing way and then fell to the floor. He lay between the seats, face upwards.

Old Hunt slithered in the most amazing way and then fell to the floor. He lay between the seats, face upwards.

Ludovic Travers is on his way by train from Toulon to Marignac. Along for the ride are several suspicious characters, two of whom die en route. Although the murders seem at first unrelated, Travers is able to prove the connection between the two, while diverting the eye of official suspicion from himself. After Travers learns that one of the victims' country house has been burgled soon after the murderous act, the inquisitive sleuth decides to look into the case himself when he returns to England. Soon Travers, his Isotta now replaced with a Bentley, is working in tandem with Superintendent Wharton to solve one of the strangest cases which he has yet encountered. It is one in which some of the darkest of human impulses are exposed, and a twist is guaranteed in the tail.

The Case of the Three Strange Faces was originally published in 1933. This new edition features an introduction by crime fiction historian Curtis Evans.