The Case Of The Bonfire Body 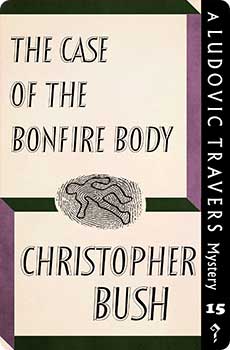 Who is—or was—the headless, handless corpse, found discarded on a bonfire? This baffling case of identity leads to a dead doctor who, according to information received, committed murder himself and was in turn murdered by his victim. A contradiction in terms—or is it? The solution to this mystery involves a taciturn match-seller, unbreakable alibis and several double identities on the part of both the murderer and the victim. The case is dazzling in its ingenuity, as well as being one of the more chilling cases in Ludovic Travers’s colourful investigative career. This is a story containing surprises which will satisfy all fans of golden age detective fiction.

The Case of the Bonfire Body was originally published in 1936. This new edition features an introduction by crime fiction historian Curtis Evans.