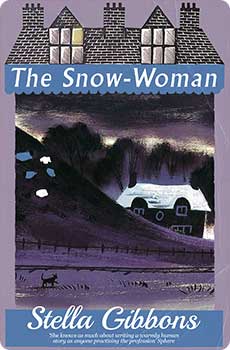 I suppose I was lonelier than I knew.

I suppose I was lonelier than I knew.

It’s the 1960s, and Maude Barrington, now in her seventies, has kept life firmly at bay since the deaths of her three brothers in World War I. But when an unexpected visitor convinces Maude to visit old friends in France (and an old nemesis, who persistently calls her “the snow-woman”), she is brought face to face with the long-suppressed emotions, sorrows, and misunderstandings of the past. Upon her return to London, she finds her frozen life invaded by a young mother and her son (born on great aunt Dorothea’s sofa, no less) who have been more or less adopted by her long-time maid Millie. And Maude finds the snow of years of bitterness beginning to melt away.

In The Snow-Woman, first published in 1969 and out of print for decades, Stella Gibbons has created one of her most complex and poignant, yet still very funny, tales—of aging, coming to terms, and rediscovering life. This new edition features an introduction by twentieth-century women’s historian Elizabeth Crawford.